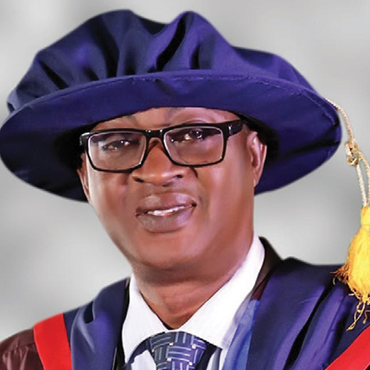 Dr. Samuel Anyetei Nai is the Seventh Rector of the National Film and Television Institute (NAFTI) who was appointed in 2017.  Dr. Nai brings a wealth of experience in academia as a Lecturer from the University of Cape Coast (UCC) and also as a major player in the creative arts industry in Ghana.

Dr. Nai is an alumnus of NAFTI and the Ghana Institute of Journalism (GIJ). Prior to his admission into NAFTI in 1990, he had already graduated from the GIJ where he pursued a Diploma programme in Public Relations and Advertising in 1988. At NAFTI, he pursued the Diploma programme in Film Editing and graduated with distinction in 1992. He then proceeded to Bournemouth University, United Kingdom (UK), where he obtained a Master of Arts Degree in Post-Production Film Editing in 2005. He currently holds a Ph.D. in Performing Arts from the University of Ilorin in Nigeria.

Dr. Samuel A. Nai was once a faculty member of NAFTI in the Editing Department who rose through the ranks to become the Head of the Department. Preceding his time as a lecturer at the Institute, Dr. Nai worked as a Video Editor at the erstwhile Ghana Film Industry Corporation (GFIC) and subsequently, as a Producer at TV3 Network Ltd., one of the vibrant Television stations in Ghana. He has also lectured at the African Institute of Journalism and Communications (AIJC) as a Part-Time Lecturer.

In addition to his academic work as a lecturer, Dr. Nai practiced widely in the Industry writing scripts, co-directing, and editing numerous feature productions in and outside Ghana and his work contributed immensely to the development of the Ghana Film and Television Industry.

Before his appointment as Rector, Dr. Nai lectured in Film and Media Studies at the Department of Theatre and Film Studies of the University of Cape Coast. His areas of interest include Film Criticism, Film Editing, Film and Television Production, Scriptwriting, Performing Arts, and Media & Society. Most of his publications look at the analysis of the content, theme, and evolution of African Home Videos.

As Rector, his vision is to promote professional education that produces high-caliber media personnel who will effect change in perception and attitude of society at all levels in the Creative Arts and serve as a beacon of hope in rejuvenating interest in higher education within the arts for national development.