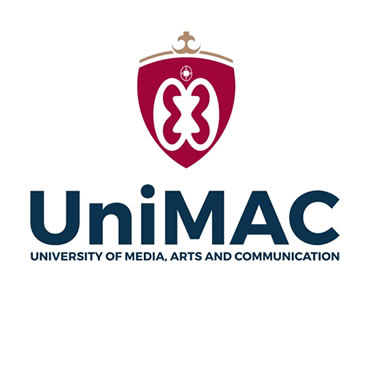 The University of Media Arts and Communication (UniMAC) has unveiled its logo as part of the new university’s ongoing merger process.

The university is now focused on creating synergies to improve communication studies in the country by offering students a blend of courses that will enable them to fit into the competitive job market.

The launch, which took place at the Ghana Institute of Journalism, Dzorwulu Campus on the 19th of December 2022, was witnessed by the management and faculty of the three institutes, the Lebanese Ambassador to Ghana, Maher Kheir, students and well-wishers.

In the speech of the Chairman of the University Council, Prof. Kwesi Yankah read on his behalf, He said the unveiling of the logo was a representation of a new beginning forged by a common alliance among the three institutions to promote academic excellence and leadership in media, arts and communication studies.

“With this, we will tell a story of a collective identity, an identity that unveils the distinctive character of our university and share with you a beautiful future that awaits us,” he said.

The acting Vice-Chancellor of the UniMAC, Prof. Kwamena Kwansah-Aidoo, said the logo signified a new dawn for the university, with a rich history from diverse stand points.

They would, therefore, be known as UniMAC-GIJ Campus, UniMAC-NAFTI Campus and UniMAC-GIL Campus. “So going forward, the constituent institutions will award certificates of the university,” he said.

The logo which was designed by Noel Nutaugah, a lecturer of the institute, is a blend of the rich Ghanaian Adinkra symbols of ‘Nkɔnsonkɔnson’, ‘Dame Dame’ and ‘Akokɔnan’, embedded in a crest with a colour representation of blue, mustard brown and burgundy.

Noel Nutsugah for his work, was rewarded with a certificate and an undisclosed amount of money for his innovation and creative work.

“We have developed a comprehensive logo which is reflective of a brand that is more dynamic and solid and symbolizes the vibrancy of the future we aspire to be as a unit university,” he added.