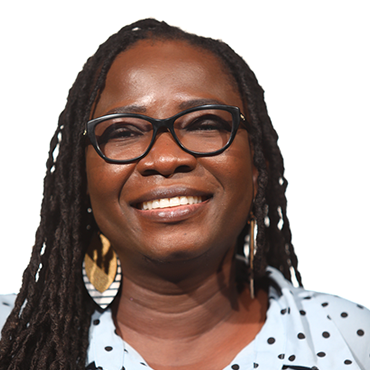 Rebecca Ohene-Asah has close to two decades of experience in media training and practice in Ghana. She is an alumna of the National Film and Television Institute (NAFTI) where she graduated with a Bachelor of Fine Arts degree in Film Directing. She later studied for a Master of Fine Arts Degree in Documentary Film Studies and Production at Hofstra University in Hempstead-New York, under a Fulbright fellowship.

She holds a Ph.D. Degree in Museum and Heritage Studies from the University of Ghana-Legon. She is co-founder and director of Benpaali Young Filmmakers Festival which has since 2015, mentored young people and showcased films and videos they create under the broad theme of Stories That Matter. Apart from teaching courses in film theory and documentary film studies and Production at NAFTI, Rebecca offers audio-visual communication consultancy to organizations within Ghana and internationally through Fire-beads Media which she co-founded in 2015.

Her research interests are centered on relationships between colonial cinema, audio-visual archives, and current indigenous film practices and how these feed into the identities of proponents. Her filmmaking interests include cross-cultural and interactive documentary filmmaking practices with an affinity for themes surrounding African contemporary histories and heritages contextualized within issues of representation, race, and identity.