Head of Production and Business Development 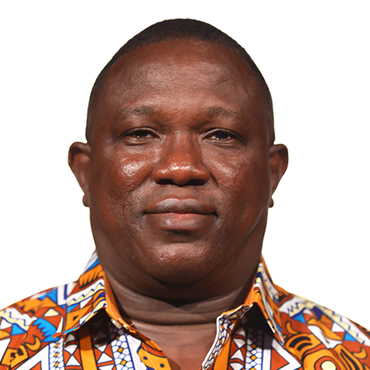 Eugene Akyea Odame is currently the Head of Production and Business Development at the National Film and Television Institute (NAFTI). Before being appointed to this position, he was the Head of the Film Artistic Department from 2017 to 2021. He worked at MultiTV, a subsidiary of Multimedia Group Limited, as the Head of Production (2011 to 2013) and Head of Technical Production (2013 to 2016). He supervised the production of many live studio shows and outside broadcast shows for Adom TV, Joy Prime, and the Joy News Channel. He also directed many live outside broadcasting shows for Joy News Channel. He holds two diplomas (in Film Sound Production and Film Editing) from NAFTI, a Master’s degree in Television and Film Production from Syracuse University in the USA, and another Master’s degree in Media Management from the Ghana Institute of Journalism (GIJ) in Accra. He is currently pursuing a doctorate programme in Theatre Arts at the School of Performing Arts, University of Ghana. He teaches Film and Television Production Management, Film Business, and Directing for Television. His research interests are in the Financing, Production, and Distribution of Film Productions.